You are not connected. Please login or register

Attention, members. Please visit the Announcements before posting anywhere. And yes, the forum is still under construction. 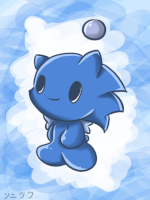 From now to February, you can get Four Swords: Anniversary Edition for your 3DS, DSi and DSi XL! Oh, and it's free.

It also now has a Single Player mode, if you don't have friends over or something.

I'm eventually getting gameplay of it, but while I'm not, go watch this commercial for it with Robin Williams and his daughter.

Trivia time: Robin Williams named his daughter Zelda, after the character from the series. He's just that awesome.

I'm a Christian, and I'm proud of it! If you are too, put this on your sig.